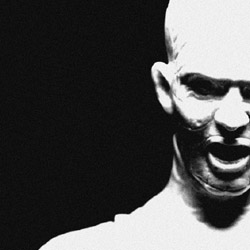 One of the beautiful aspects to the internet is the variety of niche groups that it has brought together across vast distances. For example, in the past someone who identified as Goth might only have been able to meet a few other fellow Goths in their local area. Aside from subscribing to Gothic magazines, reading Gothic books or listening to ‘Goth Music’ and seeing ‘Goth Bands’, there really wasn’t an opportunity to surround oneself with large numbers of people who were also Goth. Of course, everything has changed now. Goth websites provide a wide variety of ways for Goths to express themselves, whether it be through social networking, sharing of photos, chatting, etc.

As Goth websites have grown in popularity, individuals living a ‘Goth lifestyle’ flock to these sites to find others who share their interests. Visitors to Goth websites introduce one another to new music, new Goth bands, new artists and new books. The Publishers of Goth related websites have a few options to make money from their sites. While some sites charge money for membership, they tend to be Goth dating sites. Most other Gothic websites make money via advertising. This is where Niche Ad Network helps. By adding the Niche Ad Network Goth Channel Ad Zone into their Goth website, Publishers can deliver Goth related ads directly to their site members and visitors. The last thing a Publisher of a Goth website wants to see is an ad for some mainstream credit card company destroying the carefully crafted Gothic layout of their website. Niche Ad Network’s Goth Channel Ad Zone only delivers ads that would be ‘on theme’ with a Goth site, and presumably of interest to the Gothic community.

Of course, as these Goth websites have grown, and large numbers of people congregate on them, it makes it so much easier for Advertisers to directly target the Goth market. Before the advent of the internet, Advertisers of Goth related products and services had to rely solely on magazines and a few retail stores that catered to the Gothic demographic. By placing their ads within the Niche Ad Network Goth Channel Ad Zone, Advertisers can inject their ads directly into the heart of the Goth websites. It’s not nearly as bloody as it sounds.